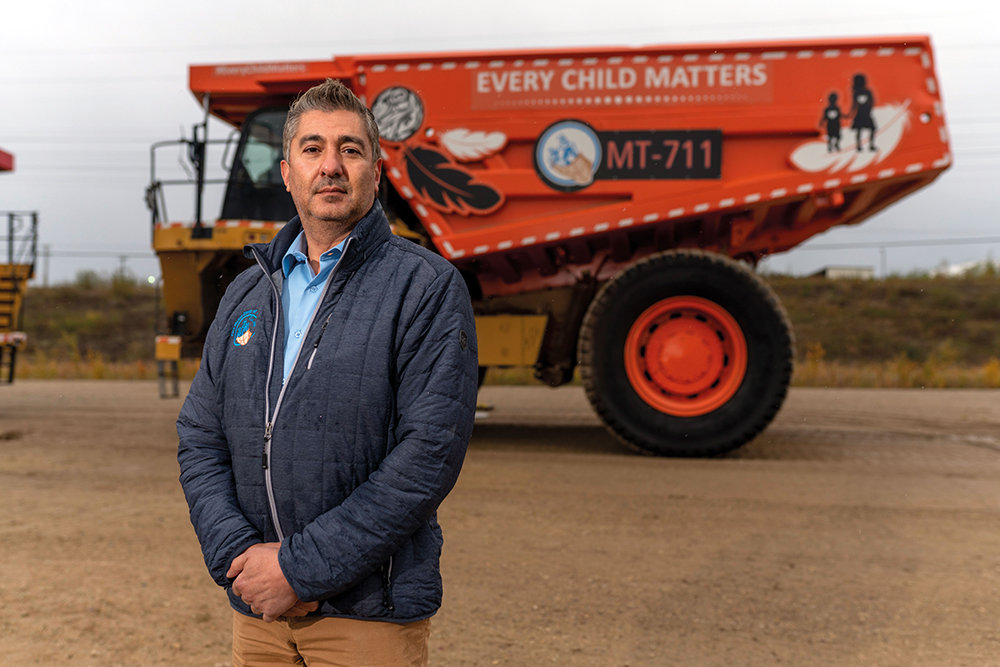 Indigenous Owned Companies: A History of Successes and Continued Contribution to Wood Buffalo

“I acknowledge that I live on Treaty 8 territory, the traditional ancestral lands of the Dene, Nêhiyawak, Métis Nations, and other First Nations peoples’.

I also acknowledge this as a reminder that I will continue to honour and recognize generations who have inhabited this land for thousands of years and whose land I benefit from today. 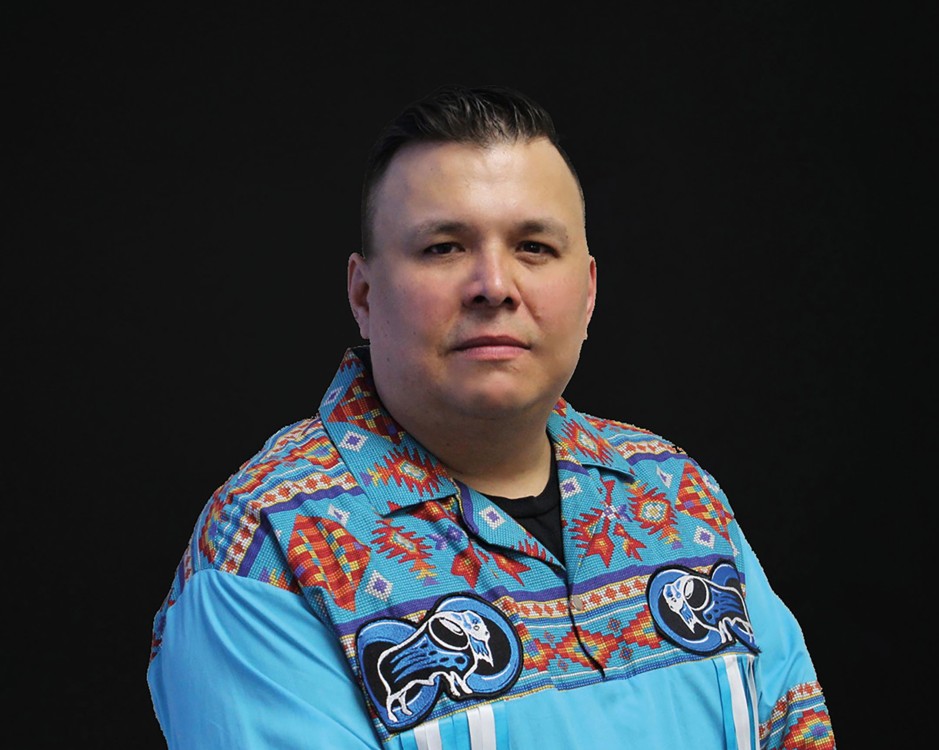 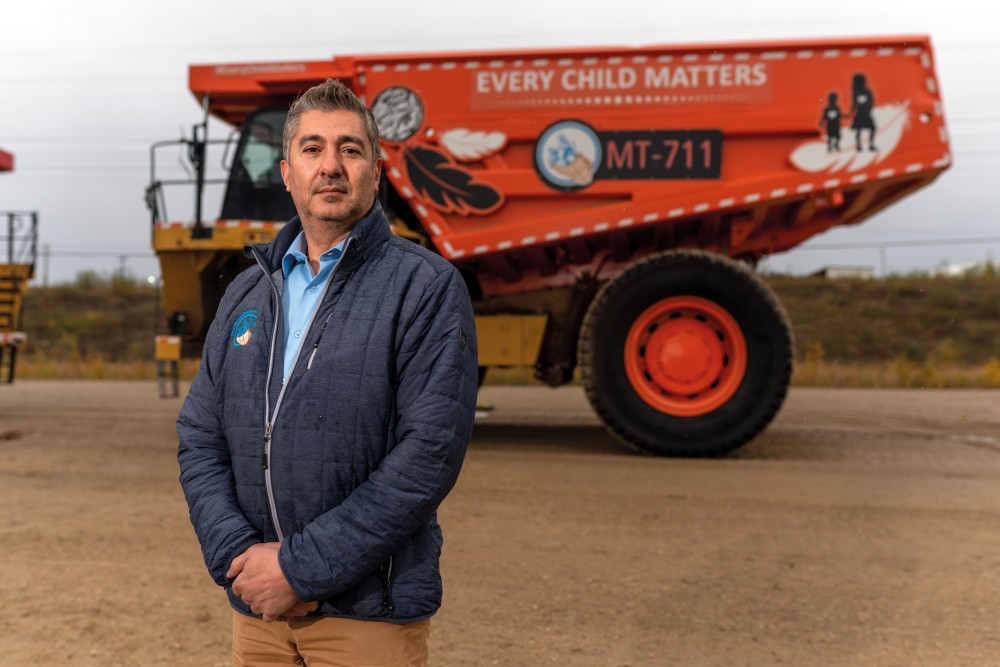 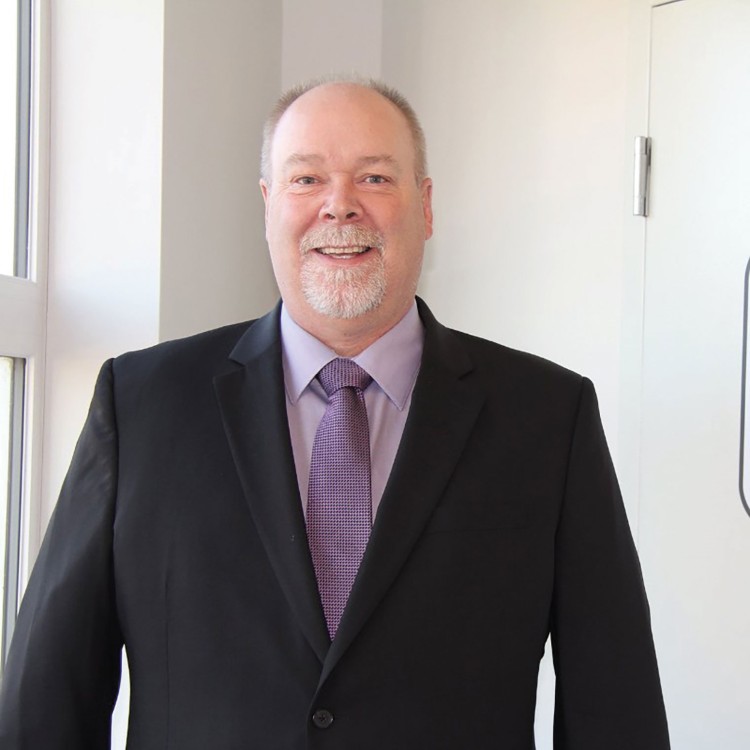 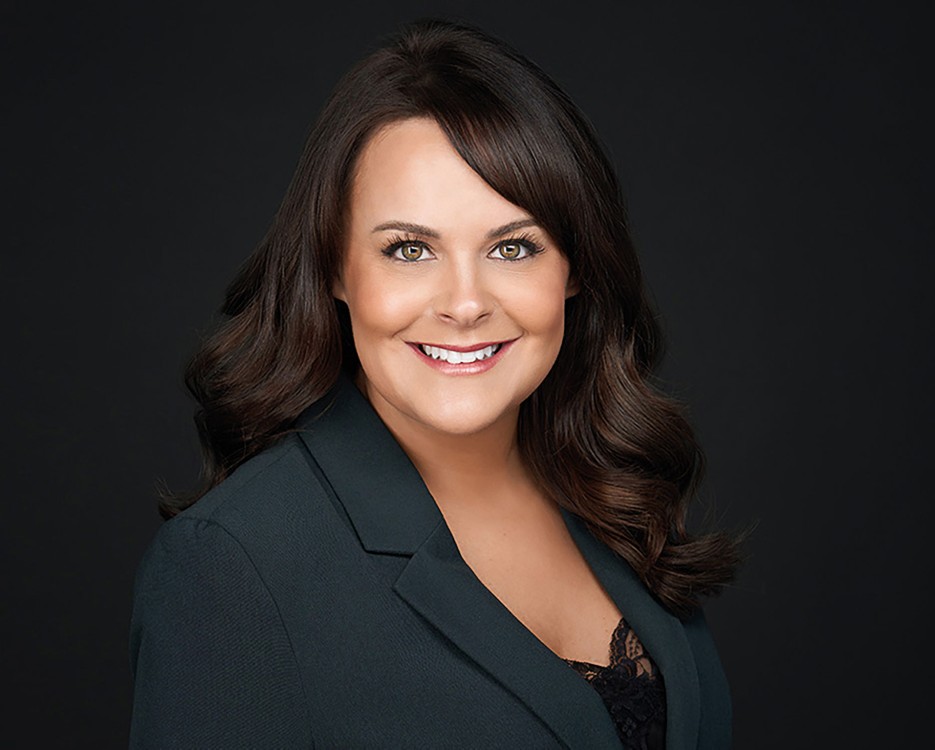 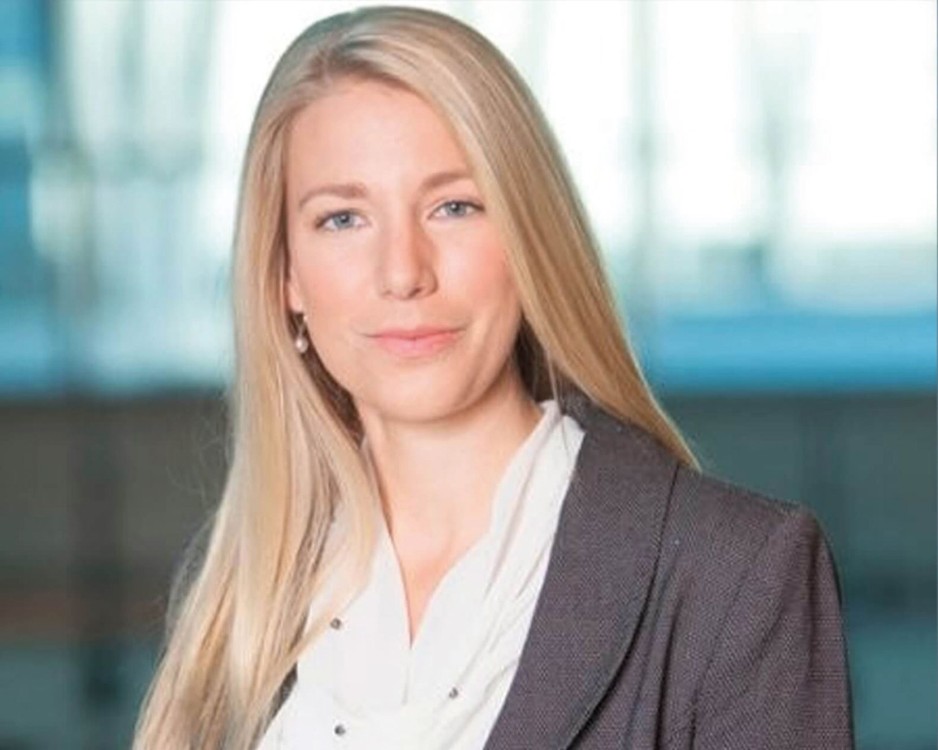 Aboriginal owned companies continue to play a vital role in the Wood Buffalo region both culturally and financially.

Indigenous peoples have always achieved success through connectivity. Whether a connection to the land, to family, to community or beyond, these strong-held values have transformed the businesses. As I spoke with just a few of many established Wood Buffalo Indigenous-owned companies, one mission was clear: current and future Indigenous generations must be set up for success.

McKay Métis Group LTD. (MMG), owned by the Fort McKay Métis Nation is one social enterprise whose successes have been attributed to working closely reinvesting its profits into the nation in order to provide access to affordable housing, education, elders and youth services, economic development, infrastructure and to defend the constitutional rights of the Fort McKay Métis members.

Its entirety was built to provide its profits back to its nation, says Crystal Young, CEO of MMG. “We want to make sure that everything we’re doing with the group of companies goes back to benefit the nation and its membership,” she said.

MMG is also on the path to self-determination as it receives zero revenue from the government, says Ron Quintal, President and CAO of McKay Métis Nation.

“We started small, we started humble, but at the same time, it [MMG] was something that was outlined for leadership. We needed to pursue economic certainty for the community. The nation’s mission is essentially to build a prosperous community through the pursuit of self-determination and self-government. It is something for us to be very proud of. If we’re going to self-determine ourselves as Métis people and declare self-government, we need to be able to stand on our own two feet,” says Quintal.

Today, MMG is on the path towards diversifying as a group and getting into more niche markets to evolve outside the oil sands, says Young. She states that MMG plans to become a large resource for sustainability for Fort McKay.

On the note of humble beginnings, another Wood Buffalo Indigenous-owned company has gone from just six employees to over 2200 in the past few decades. Fort McKay Group of Companies (FMGOC) wholly owned by Fort McKay First Nation has become one of the leading and largest Indigenous-owned companies in Canada, says its CEO, Sami Saad. Boasting a 23 per cent Indigenous employment rate, FMGOC generates revenue by bringing opportunities and resources which provide economic sustainability to the community.

“We have gone through ups and downs, we have maneuvered through different economic challenges, oil sands development and evolving government regulation. We want to be recognized as a supporter, a proponent, and a spokesperson for Indigenous peoples across Canada, but specifically, we want to be known for our core values that align with the Nation very well,” he says.

“We’re the company that has come from grassroots janitorial contracts to spanning all kinds of industry now whether it’s heavy mining, road construction infrastructure, warehousing, technical mechanical services and farming as in a Bison Ranch. We participate with Fort McKay Nation, in over 18 partnerships spanning workforce housing, scaffolding, chemical water hauling, waste hauling, well recycling, so there’s very little we don’t do together.”

Saad mentions the company values – loyalty, being empathic, respectful, result-oriented, tenacious and being supportive and collaborative with other nations drive the key to success.

“Our profits and the benefits that the company derives are shared between the growth of the company and right back into the community – socio-economic gains – whether schools, roads, infrastructure, housing – we support any kind of programs the Nation needs to put in place.”

On the note of success, I also had the chance to speak with Infinity Métis Corporation (IMC) – the business arm of the McMurray Métis Local 1935. The company has established itself in the Wood Buffalo region as it aims to create work opportunities and support the social well-being for the McMurray Métis members.

IMC was originally founded in 2003 in hopes of fostering social mandate for the Métis community, says CEO, Shawn Myers.

“The mandate was hoping to provide funding for our elders in terms of living assistance and possible health care options where we can – transportation needs, and any sustainable services where they need it.”

IMC has formed 14 partnerships and continues to grow to provide economic support for the Métis community, says Myers. Through joint venture partnerships and industry partners, IMC is heavily involved in monitoring land utilization and regional programming to continue with traditional learning. Funding and revenue from these partnerships return to maintain McMurray Métis Local 1935 and support for its community.

“We’re developing new corporate strategies that will ensure economic stability and growth for years to come for the community. IMC supports local artists, artisans, and authors. It’s a formal way to continue to showcase our heritage and our culture, and to educate the community of our people and how we live,” he says.

During my discussion with Wood Buffalo Indigenous-owned companies, I inquired into their biggest wins and successes. Responses on the expansion of access to education, community sustainability, building infrastructure and more allowed me to truly see how close these companies continue to abide by their missions. Many companies can provide services. However, these established Indigenous-owned businesses in Wood Buffalo work hard for mutual success – a success to provide support to its community and the support of its community for the businesses.

“The biggest success that the nation has seen is that now instead of just employment opportunities with our companies – which is definitely a success – but, we’ve set aside money for education, and now we’re able to send our kids to university. Instead of having members who can come out and service the oil sands, we have members going to school to be educators, to be in the medical profession, to be engineers so that our members can not just work in the oil sands, they can design the oil sands. They can contribute back to the community by becoming educators and providing health services,” he says.

Young adds that the community are the future leaders for companies like MMG. “By sending and educating the youth – getting them to understand the business side of things – eventually these members are going to be leading the group of companies into the future.”

Within the last month, IMC has developed its own apprenticeship program that’s been sanctioned by its industry partners. High school students or even adults can join the program. IMC aims to create more employment within its partnerships.

“We focus on our youth and it [jobs] encompasses everybody. If they need work, and they are Métis, then we certainly help them. But, we are really putting a strong effort and focus on the youth. And we have seen an increase in our youth graduating from high school and being able to have an option to seek out the future. So this has been something that’s pretty dynamic to us and we’re proud of it,” says Myers.

FMGOC has its own initiatives underway supporting new educational facilities that will allow Fort McKay First Nation children, kindergarten through grade nine, that will incorporate both the Dene and Cree Language and cultural programs into their education. Children will have an opportunity to learn about their rich local history in their community as opposed to having to leave to go elsewhere for education, says Director of HR, Mary Beth Green.

Green also states the education of cultural awareness within the company is just as important.

“We’ve recently unveiled two haul trucks that were in recognition of residential schools as well as Murdered and Missing Indigenous Women. Through those two specific haul trucks, we have driven internal communication and dialogue with our employees around why these topics are so important. These trucks have also positioned ourselves in the industry to advocate on cultural awareness activities, to continue to advance and open up dialogue, in support of diversity within organizations and across industry,” says Green.

After I spoke to just a few of the many successful Indigenous companies that exist within Wood Buffalo, I can see these businesses have granted opportunities to communities and reduced the barriers to financial inclusion among its members. By building trust and capacity across communities, these businesses have created growth, confidence in their members and prosperity.

“The non-tangible things that I take pride in every day and drive and motivate me, are the individual calls I get from the elders saying thank you for always answering your phone. Thank you for picking up where we couldn’t carry on. Thank you for being our voice. Or when you see a youth who maybe didn’t have a role model, and you just take the time to give them a little guidance and you see them flourish and grow,” says Saad.

With mention of growth, Myers says he has seen McMurray Métis Local 1935 membership grow from 150 members to shy of 900 in the past three years.

“As we provide more services, elder requests, or needs, as well as continue to grow and educate everyone on the Métis culture, the bigger they get, the bigger we’re getting. Our community is growing. So our opportunity is to be able to give them as much prosperity and economic support as we possibly can,” says Myers.

While these companies began with humble beginnings, the connection with their communities truly propelled their success.

“The long-term goal here is not just about being successful today. It’s about sustaining that success for future generations.”