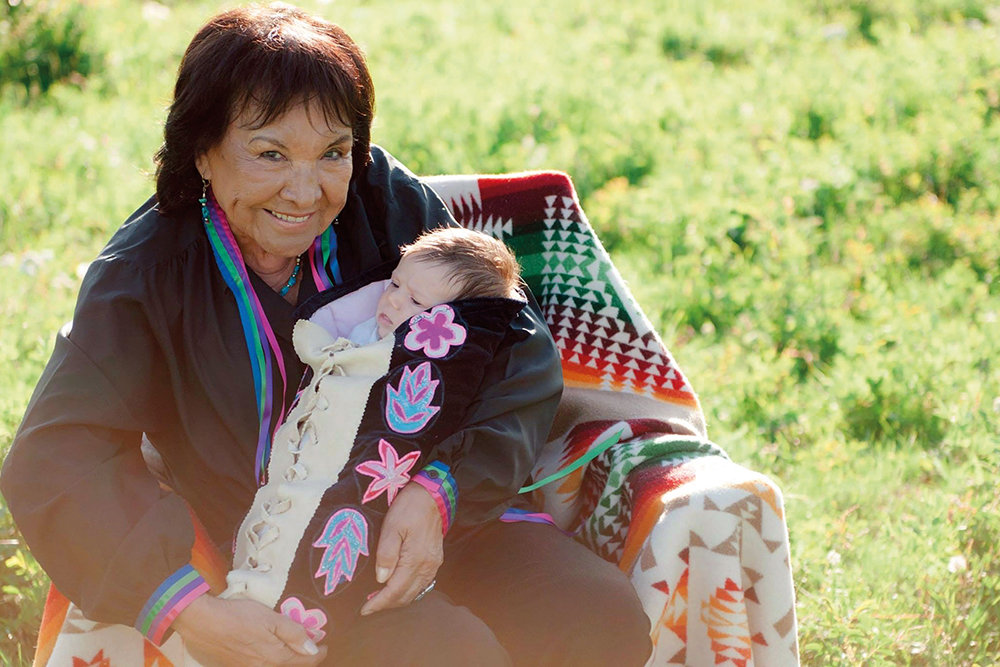 Lina Gallup was born on January 28th, 1932, in the bush near Gánį Kóé (Fond-Du-Lac, SK), and raised in a traditional way, surrounded by family and love in Fort McKay.

Her early childhood years were spent in connection with land, water and community along the banks of the mighty Athabasca River. 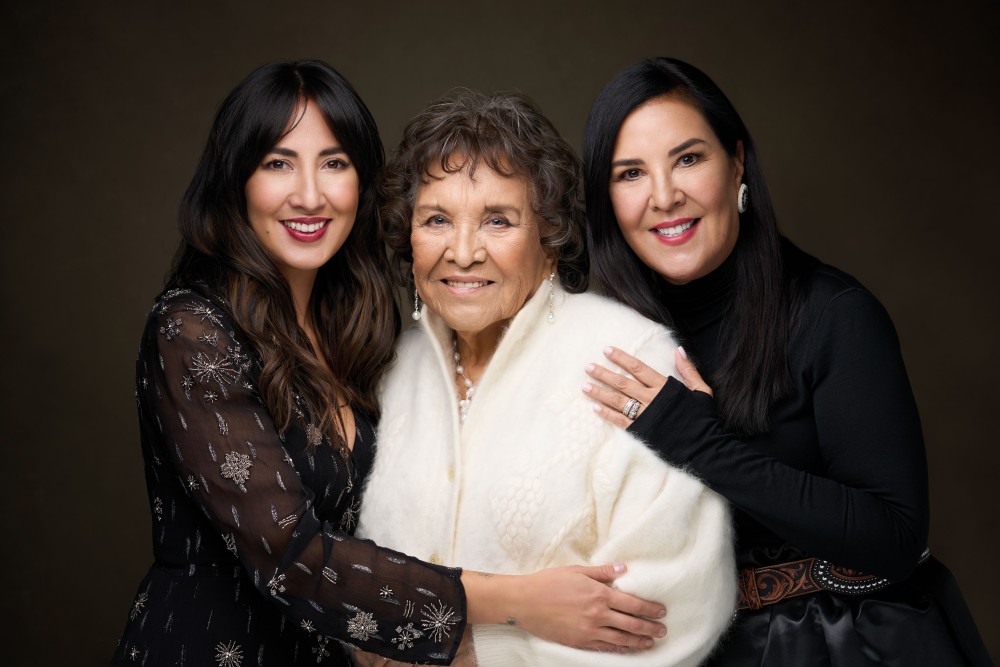 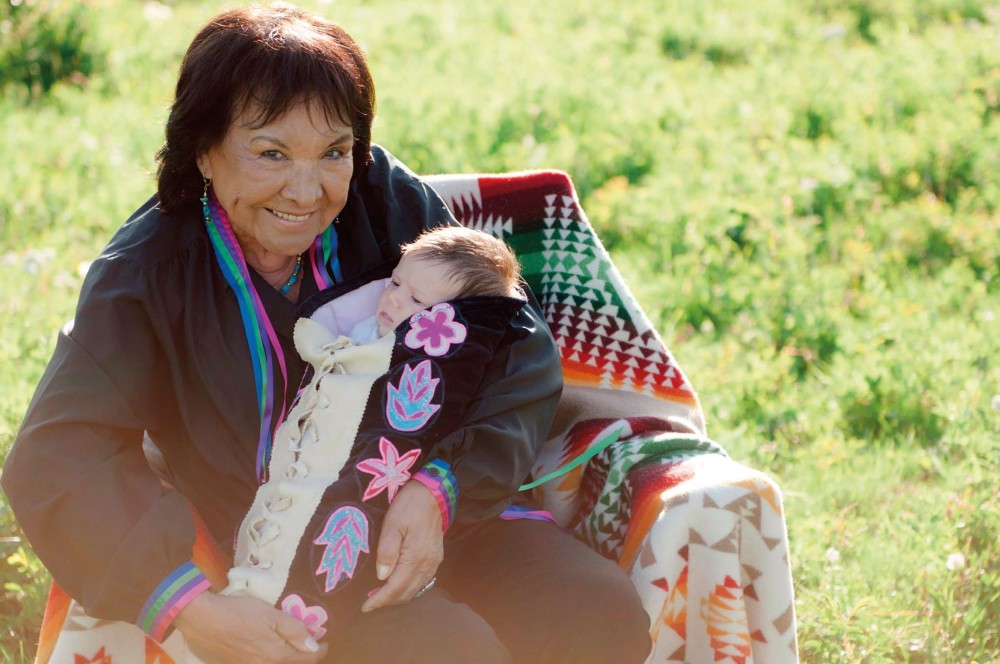 At the age of six, the RCMP arrived by dog sled to apprehend Lina and her sisters to take to a residential school. It is said the community wept for days at the painful removal of the girls. Lina was sent to Grouard Indian Residential School, located on Lesser Slave Lake and over 600 kilometres away from anyone and anything she had ever known, for 13 hard years. She never saw her family again.

After being released from the residential school system Lina began her journey navigating a world and society that the institutions had never prepared her for.  She got a one-way bus ticket to Edmonton when she was 18 years old and she said that was a nightmare trying to survive.

However, she eventually married, had four children and became actively involved in helping others. Having seen the barriers placed in front of herself and the many Indigenous friends and relatives who attended the institutions, Lina took it upon herself to take action. She dedicated her time, efforts and, of course, her heart to uplifting the people who had been forgotten.

“My mother saw the hurt that was caused by the removal of language and culture, and so she worked to put it back in. She knew that was the answer to our healing,” says her daughter, Holly Fortier. Lina built a new life and opened the first exclusively Indigenous group home in Canada where she nurtured children who had been removed from their families and cultures through the foster care system. She encouraged them, guided them, and allowed them a place to heal so that they could become successful in their lives with their culture as their foundation.

Lina is a survivor, but she is so much more. There is a fire in her spirit that draws people to her – full of warmth and healing. Having just recently celebrated her 90th birthday, Lina Gallup continues to share her heart and is a much respected and loved member of her community.

“Her strength and resiliency are an inspiration,” says Holly, “she has enriched so many lives that we’ll never know the full capacity of people who contribute their healing and success to her.”

For more of Lina and the legacy of Indian Residential Schools in Canada, please watch A Mother’s Voice, A Film by Holly Fortier on YouTube. 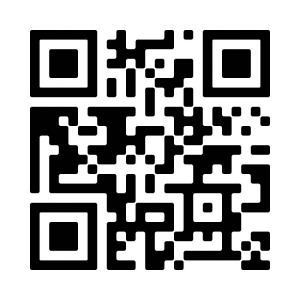