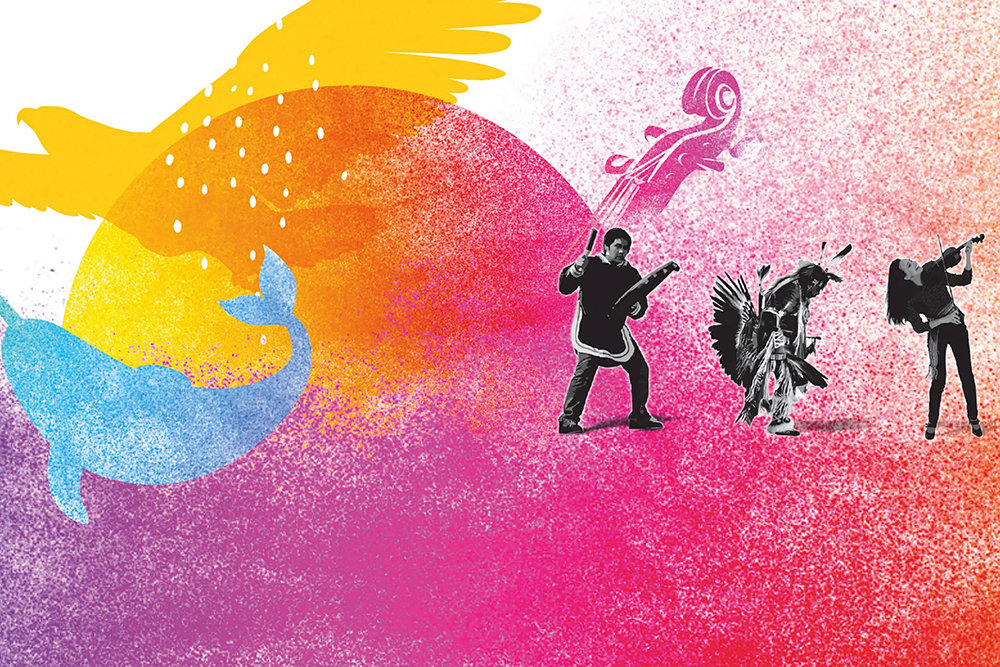 To get you started, Wood Buffalo Regional Library (WBRL) has put together a selection of titles by Indigenous authors from our First Nations, Métis, and Inuit Collection. These books, and many more, are available in the Bouchier Indigenous Cultural Corner on the main floor of WBRL.

Daughters of the Deer

In this haunting, groundbreaking, historical novel, Danielle Daniel imagines the lives of her ancestors in the Algonquin territories of the 1600s, a story inspired by her family link to a girl murdered near Trois-Rivières in the early days of French settlement.

From the acclaimed Ojibwe author and professor Anton Treuer comes an essential book of questions and answers for Native and non-Native young readers alike. Ranging from “Why is there such a fuss about nonnative people wearing Indian costumes for Halloween?” to “Why is it called a ‘traditional Indian fry bread taco’?” to “What’s it like for natives who don’t look native?” to “Why are Indians so often imagined rather than understood?”, and beyond, Everything You Wanted to Know About Indians But Were Afraid to Ask (Young Readers Edition) does exactly what its title says for young readers, in a style consistently thoughtful, personal, and engaging.

“Indian” in the Cabinet: Speaking Truth to Power

Jody Wilson-Raybould was raised to be a leader. Inspired by the example of her grandmother, who persevered throughout her life to keep alive the governing traditions of her people, and raised as the daughter of a hereditary chief and Indigenous leader, Wilson-Raybould always knew she would take on leadership roles and responsibilities. She never anticipated, however, that those roles would lead to a journey from her home community of We Wai Kai in British Columbia to Ottawa as Canada’s first Indigenous Minister of Justice and Attorney General in the Cabinet of the newly elected prime minister, Justin Trudeau.

Years ago, when plagues and natural disasters killed millions of people, much of the world stopped dreaming. Without dreams, people are haunted, sick, mad, unable to rebuild. The government soon finds that the Indigenous people of North America have retained their dreams, an ability rumoured to be housed in the very marrow of their bones. Soon, residential schools pop up–or are re-opened–across the land to bring in the dreamers and harvest their dreams. Seventeen-year-old French lost his family to these schools and has spent the years since heading north with his newfound family: a group of other dreamers, who, like him, are trying to build and thrive as a community. But then French wakes up in a pitch-black room, locked in and alone for the first time in years, and he knows immediately where he is–and what it will take to escape. Meanwhile, out in the world, his found family searches for him and dodges new dangers–school Recruiters, a blood cult, even the land itself. When their paths finally collide, French must decide how far he is willing to go–and how many loved ones is he willing to betray–in order to survive.

One snowy winter’s day, Rosalie Iron Wing returns to the home from which she was taken as a child. Orphan, widow, and mother–journalist and gardener–Rosalie has spent the previous two decades watching as her white husband’s family farm is threatened first by drought and then by a predatory chemical company. Now, grieving, she finally begins to confront the past and embrace the future–and, in the process, learns what it means to be descended from women with souls of iron, women who have protected their families, their traditions, and a precious cache of seeds through generations of hardship and loss.

Little Moar and the Moon

Moar has always loved autumn – playing outside with his friends, feeling the weather get colder – but there is one thing about autumn that really worries Moar. The moon. The days become shorter and the moon, with its creepy face and eerie smile, seems to be looking down on him before he can even get home from school! So, one day, Moar is determined to get home before the moon appears in the sky. But there are so many fun things to do on the way home, he may just run out of time!

A boy and Moshom, his grandpa, take a trip together to visit a place of great meaning to Moshom. A trapline is where people hunt and live off the land, and it was where Moshom grew up. As they embark on their northern journey, the child repeatedly asks his grandfather, “Is this your trapline?” Along the way, the boy finds himself imagining what life was like two generations ago — a life that appears to be both different from and similar to his life now. This is a heartfelt story about memory, imagination and intergenerational connection that perfectly captures the experience of a young child’s wonder as he is introduced to places and stories that hold meaning for his family.

We learn from the Sun

We Learn from the Sun’ is an Indigenous rhyming poem with colourful illustrations about the seven sacred teachings that can be learned from the sun. This richly illustrated book by Métis writer David Bouchard and Métis illustrator Kristy Cameron, weaves together Woodland-style paintings with a rhythmic poem about the spiritual lessons that we can learn from the Sun and the seven sacred teachings. Bouchard was born and raised in Saskatchewan. He lives in Victoria, BC.

Because she has been very ill and weak, River cannot join in the dancing at this year’s tribal powwow, she can only watch from the sidelines – but as the drum beats she finds the faith to believe that she will recover and dance again.