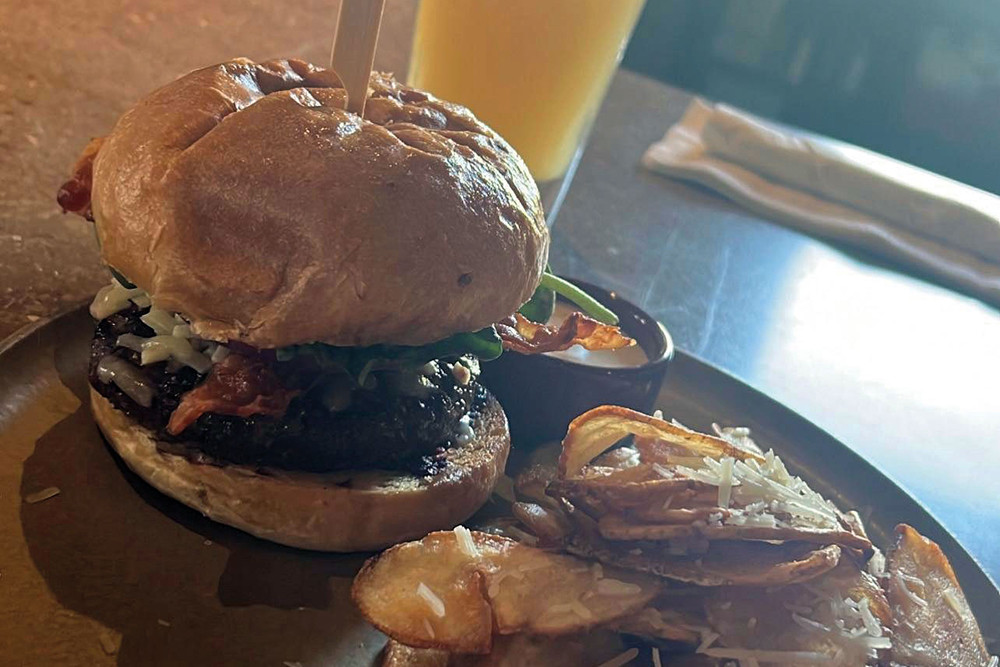 How do you sum up a year where (minus January and part of February) virtually EVERYTHING happened, after a year of nothing?

Well, I’m up for the challenge. While 2020 and 2021 felt like a slow prodding process, this year felt like a blur and hearing the final set of Covid restrictions lifted just in time for St. Patrick’s Day seems like forever ago and yesterday at the same time. Although we all quickly realized that nothing is perfect and raging gas costs and inflation are still a thing, I think all of us tried to squeeze every second out of this year. Join me for a look back at the year it was in 2022 and some of my favourite things! 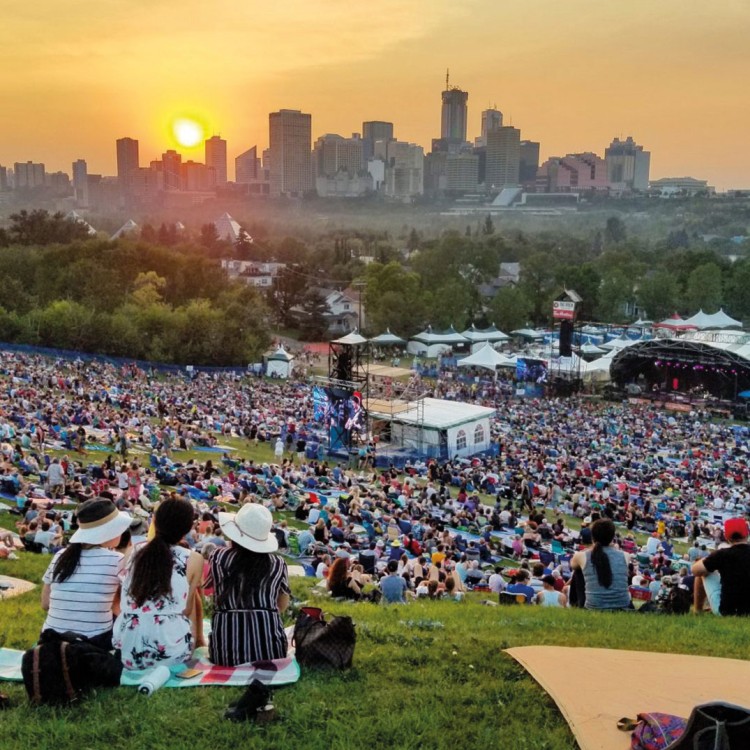 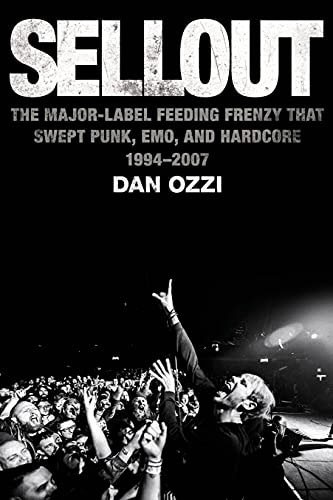 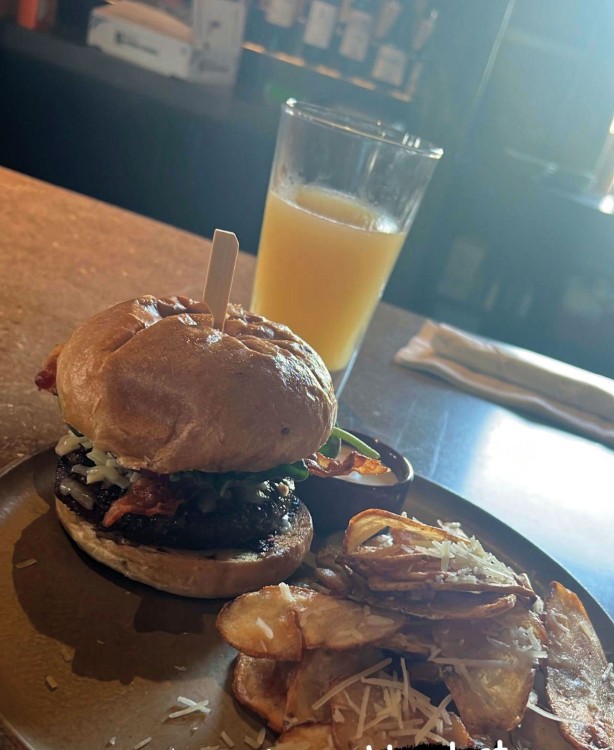 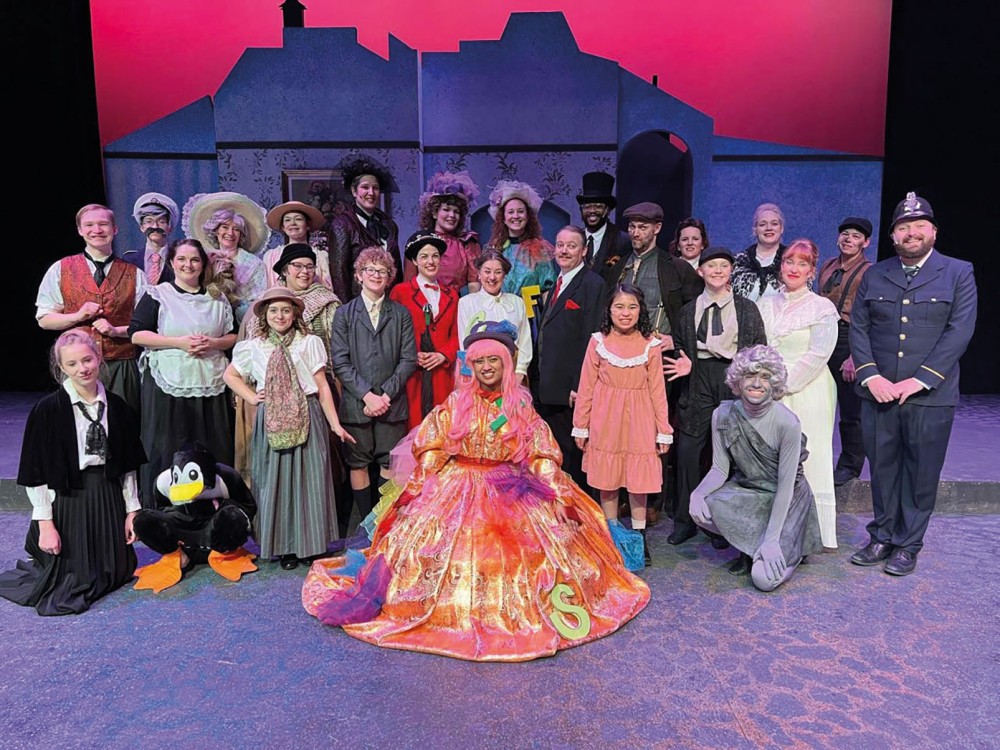 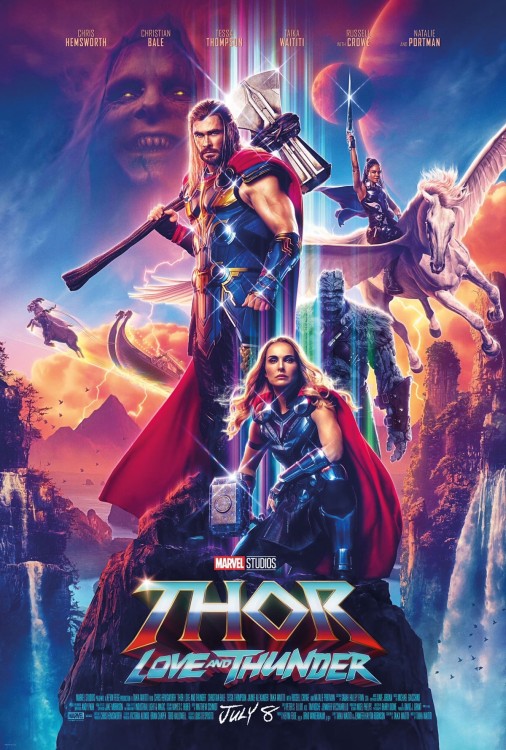 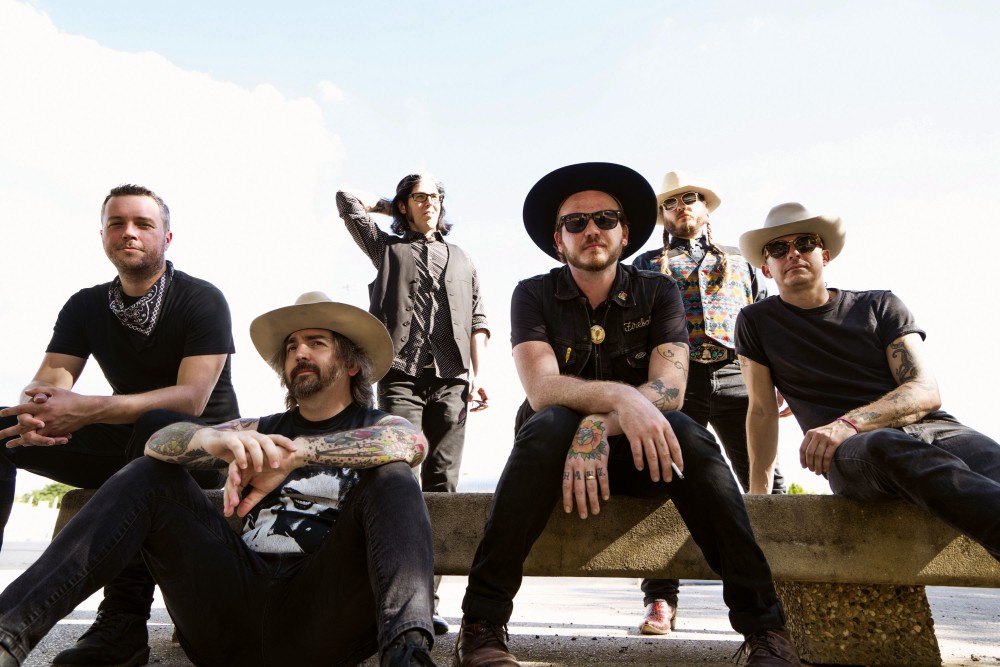 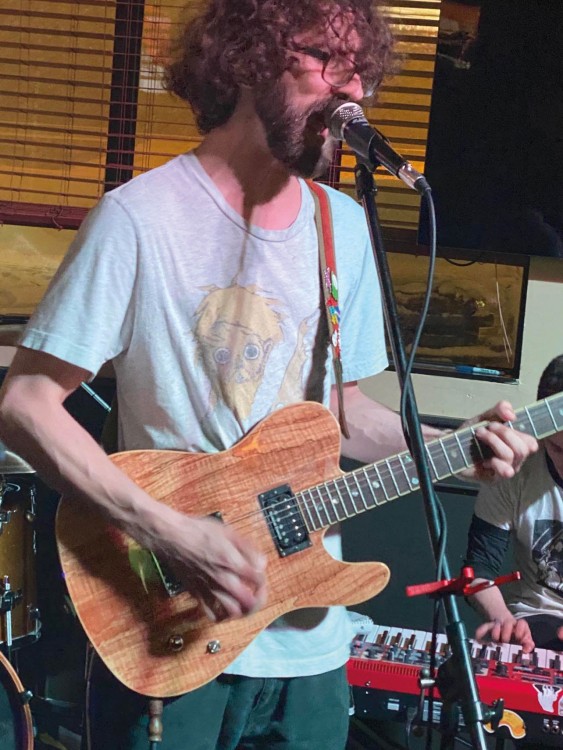 I’d love to hear YOUR favourites that I may have missed, e-mail me at mike@balsom.ca

The last two years meant a lot of things to a lot of different people. For long-time McMurray resident Cameron Crich, it meant the chance to put together a project he’s been writing for a long time. With Crich on vocals, Ruben Rotar on keys, Chris Pottie on guitars and Brandon Bryson on drums – the energy in the room was palpable with many friends seeing each other for the first time. That we were able to celebrate a full room of beautiful music created by friends made it even better. The group made their official live debut in February with some restrictions still in effect but were able to really hone their sound and take it to the next level in time for the April headlining gig. Also on the bill was Adam Macleod who used the pandemic to record his debut album Six Word Stories. Performing as a three-piece with bassist Tristan Cook and drummer Glen Miller for the first time, Macleod got the crowd hyped up early with crowd-pleasers utilizing his unique sense of humour and fast-paced singalongs.

For nearly a decade, Joe Rebel has been one of Fort McMurray’s busiest party acts. Through several lineup changes, they really found their groove as a three-piece made up of Jeremy Rice on guitars and vocals, Darren Ehler on bass and Tyson Coombs on drums. It feels like every year, the band adds another missing piece. First, Ehler graduated from backing vocals and took on some higher-range pop and rap songs to add to the band’s usual classic rock repertoire. Then, Chris Pottie joined the band giving the band another very capable lead singer, guitarist and harmonizer. Next, Coombs suggested the band switch from monitors to in-ears so they could add in backing tracks to simulate other instruments not on stage such as bagpipes during I’m Shipping Up To Boston or keyboards for their juiced-up cover of The Weekend’s Blinding Lights. Although she has frequently joined the group in the past, Jeremy’s wife Amanda took on a larger role now joining the band for their entire second set to give the group a female voice. On this particularly hot summer July evening, wind and nearby lightning threatened to derail the party just as it was getting good. The band watched with bated breath as the storm seemed to grow closer. After all, they were playing on a giant metal barge. However, the wind changed, and the storm blew away only providing a brief shower. Nobody left. Partiers returned in droves and didn’t go anywhere as the band charged through crowd-pleaser after crowd-pleaser. Partygoers were impressed with the youthful nostalgia whether they had grown up in the mid-2000’s (All The Small Things, Teenage Dirtbag) or the 1990s (Semi-Charmed Life, The Impression That I Get). A group of 18-20-year-olds gathered at the front of the stage and never left all night, particularly enjoying when the band would take on a newer song like Post Malone’s Circles. As the evening drew to a close, the band surprised the crowd with an on-point rendition of Eminem’s Without Me but the crowd wasn’t ready to go home just yet. A sustained roar travelled through the crowd as the band played the opening notes of their signature set-closer Killing In the Name which had everyone bouncing by the end. The best part? A ton of money was raised that night to support Waypoints!

To Look For In 2023: Canadian Country superstar Aaron Goodvin and former Barenaked Lady Steven Page have first-quarter Keyano Theatre dates penned, and Rock The Rails is set to expand to two nights featuring a massive punk rock headliner to be announced very soon!

This was my 18th time seeing Rise Against live and although the band isn’t known for straying too far from their typical setlists, they always bring out something special in the crowd every time they play. It’s the one band you’re guaranteed from the opening song to the encore for the five thousand in attendance to become one giant throng of bodies swirling around in chaos. Many wondered if this show would be different. We’d all sat at home for two years. Some had developed Introverted habits. Some were still anxious about catching COVID. (Which would prove somewhat justified as the next show in Edmonton was cancelled when someone in the Rise camp came down with it.) We’d all been through a lot since Rise Against had last been through Alberta in 2018 after previously visiting almost annually. But once the band ran on stage and charged into one of their biggest hits Prayer of the Refugee it was clear, we were back where we belonged. In a dark, crowded room surrounded by sweaty strangers. Early on the band launched into 2011’s Satellite which prompted a massive sing-a-long where the crowd somehow managed to be LOUDER than a four-piece punk band pulling out all the stops. Rise Against was as tight as they’ve ever been, and the two years off did wonders for lead singer Tim McIlrath’s voice. New music from the band’s 2021 release Nowhere Generation went over extremely well but older songs like Ready To Fall, The Good Left Undone, and the band’s signature song Give It All prompted the biggest responses from the crowd who happily moshed, clapped and crowd surfed along. The band’s political leanings mostly came through in their lyrics but one particular speech went over quite well. “Rise Against are fans of revolution. But if you’re revolution tolerates racism, sexism and homophobia – you might be in the wrong ****in’ revolution!” McIlrath said to one of the largest ovations of the night before launching into Re-Education (Through Labour). One of the great things about a Rise Against concert for the cardio-challenged like myself is the inevitable acoustic set. McIlrath emerged by himself to lead the crowd in a sing-a-long of the anti-war anthem Hero Of War and perhaps their most well-known mainstream song Swing Life Away. As always, the break was short-lived as the band returned to the stage for the always emotional but even more considering 2020 and 2021, Survive. An even bigger circle pit formed as the band launched into their biggest commercial hit Savior to close the night. For all the radio success Rise Against have had, it speaks to the respect held for them in the punk rock community that so many bands who have been around ten to twenty years longer have opened up for them. This year was no different with Bay Area punks Pennywise getting the night off to a great start.

Looking Forward to In 2023: It’s been eight long years since Tom DeLonge was a member of Blink-182 and even longer since the trio last played Edmonton with Tom (they did make an impressive stop in 2016 when Matt Skiba was at the helm). Prices left many fans confused but no doubt Blink-182’s Edmonton stop on June 29th with recent hardcore darlings Turnstile will be a huge hit. Other big shows on deck for 2023 include Old Dominion, Rod Stewart and Cheap Trick and Big Valley Jamboree featuring Morgan Wallen! On a personal note, dropping two grand on tickets and hotels for When We Were Young 2023 featuring Blink, Green Day and more in Las Vegas might have been a poor financial choice but hey, you’re only young once….37 is young right? Right?

Do you believe in magic? I do. The magic of the theatre. The magic of seeing your friends and neighbours, together with theatre professionals bringing a production to life at the wonderful Keyano Theatre. Is there anything better than being in a sold-out audience and watching an outstanding cast bring a childhood favourite to life? Yes, there is. Being a PART of the production. Seeing the process of your fellow castmates becoming characters before your eyes. But it certainly isn’t overnight. No Keyano production is easy, especially a musical on the scale of Mary Poppins. This show proved to be even further challenging. Cast members and crew were required to wear masks right up until tech week. A pipe burst at Keyano Theatre taking out the rehearsal space, and causing a delicate balancing act of scheduling singing rehearsals, dancing rehearsals, as well as the construction of the set with extremely limited space. A prominent role had to be re-cast three weeks out of the opening night. COVID ran through the cast and crew, adding to the usual ankle sprains, colds and exhaustion that come with a production of this nature. The absence of cast members caused the already difficult musical numbers to need to be re-choreographed several times. Under normal circumstances, every actor attends almost all of the rehearsals for the last three weeks of the show, but not for this show. Due to illnesses and isolation periods, the first night the entire cast was in the same room together was opening night. And yet somehow, this made the finished product that much more rewarding. Audiences agreed, quickly selling out all six shows by word of mouth. Children squealed in glee, adults watched with mouths agape at the impressive technical effects. Many called it the best Keyano show in recent memory. I had the best seat in the house! If you can stand three months of sacrifice, hard work and constantly saying “I can’t…I have rehearsal” like a broken record, I strongly recommend you audition for the next KTC show. It will be more rewarding than you’ll ever know. 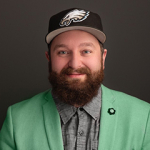 Mike has called Fort McMurray home for the past eight years. A true man about town, Mike loves supporting local artists and small businesses by using his platform to promote them however he can. In his spare time, you can find Mike checking out new music, drinking craft beer or managing his fantasy football team!

Mike strives to live life to its fullest and adopts a glass half full perspective. He is a constant promoter of all things positive in Fort McMurray and can’t wait to help share the Good News with you!